The Welsh Liberal Democrats have accused the Conservatives of leaving pensioners in Pembrokeshire and Carmarthenshire with a “hole in their pocket” after breaking a manifesto promise to protect the state pension. 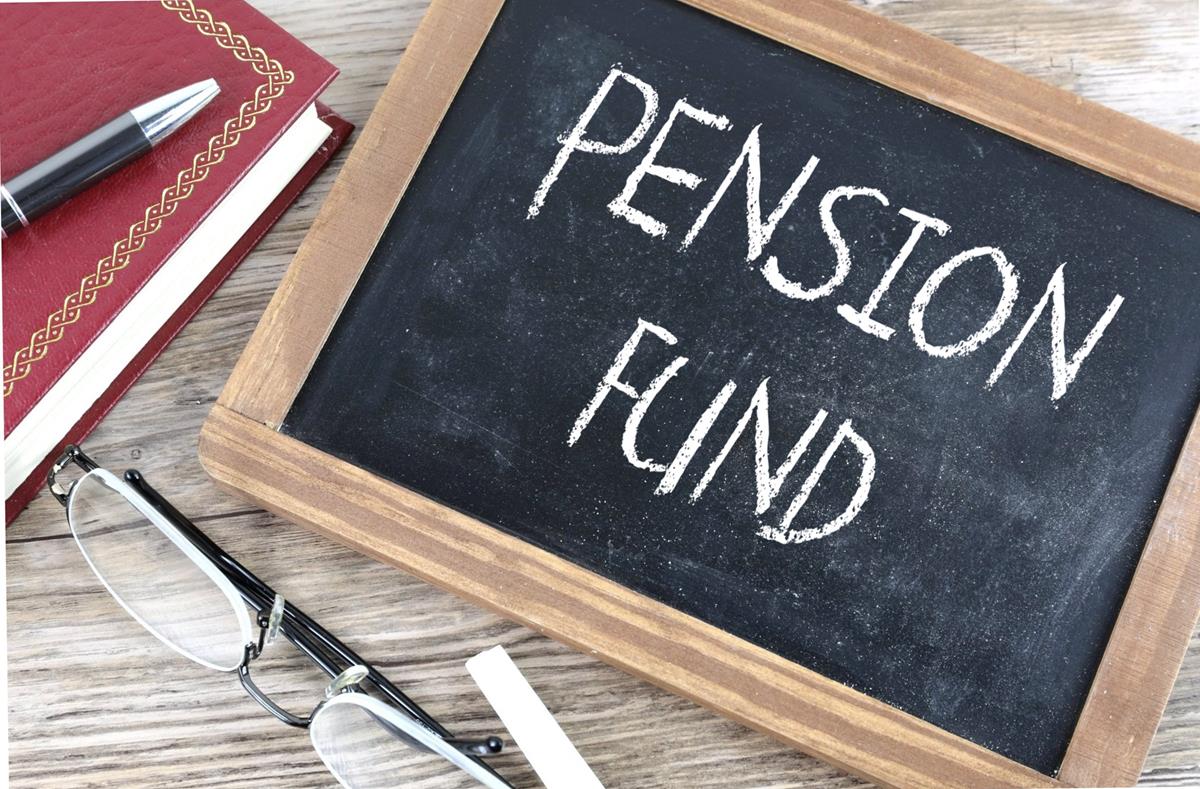 We want to hear about your priorities as Wales comes out of lockdown. Can you spare a few minutes to let us know what you think?

The Welsh Liberal Democrats are proposing a new deal to cope with the devastating impact of the pandemic on small businesses, microbusinesses, and self-employed people across Wales. This new deal will also tackle the burdens imposed by the new trading arrangements with Europe which are a serious threat to our prospects of economic recovery, including the future of our local ports.

We must remove the barriers to trade, create a proper post-Covid recovery plan and provide a level playing field for small businesses. We must also work to save the high street and support businesses so that they can take advantage of the digital revolution.

In order to support the recovery, we want the Welsh Government to set up an Economic Recovery Council, with representatives from business organisations, including small businesses, to ensure the recovery is sustained.

UK close to 125,818 deaths meaning we have seen the numbers equate to wiping out Pembrokeshire

UK PM Boris Johnson on Monday published his roadmap for lifting the Covid19 lockdown for England. Obviously, things can change in the months ahead and we are hearing good news as the rollout of the vaccination across the 4 nations take place, under the auspices of the NHS.

The last year has been a very tough year for everyone in the UK and across the planet. President Biden spoke to Americans on Monday, as the number of deaths passed the 500,000 mark in the USA. Biden said that more Americans have died from Covid19 than the number of Americans killed in WW1, WW2 and the Vietnam War. A figure that is hard to imagine.

Yet on the same day, the number of UK deaths neared 121,000. A figure that is higher than the USA, when you compare population numbers. Just 11 months ago, Stephen Powis, the NHS medical director said "If we can keep deaths below 20,000, we will have done very well in this epidemic". 67,100 UK civilians were killed in WW2. Over 52,000 in the Blitz, alone.

Over a quarter of our Pembrokeshire residents are over 65 and that statistic has made the job of vaccinating this rural county a stupendous achievement. Hywel Dda have promised that all 9 of the top priority groups will be vaccinated by mid-April. Only a little bit behind the original date but something we can live with, I’m sure.

Fabulous, but of course, that’s not quite fast enough for the Easter holidays. The weather is turning, secondary schools are beginning the process of reintroducing kids back into class and the hospitality industry is desperate to have clarity on dates. Holiday bookings went absolutely barmy as the date 12th April was announced for England. I, for one, was SO relieved that Matt Hancock’s holiday booking in Cornwall will be OK this summer!

The other day, the Office for National Statistics (ONS) reported that the UK economy shrank by 20.4% in April, due to the effects from the coronavirus pandemic that saw the UK in lockdown and employees being furloughed from their jobs and the self-employed being unable to work. This is the biggest fall the UK has ever seen and is 10 times larger than the previous steepest fall.  Acting Leader of the Liberal Democrats, Ed Davey said “We face the most serious economic challenge in generations. This is not a time to exit the world’s largest market. This is not a time to increase trade barriers. This is not a time to deny business skills they need with a damaging new immigration system.”

“Liberal Democrats will continue to make the case for a Green Recovery Plan and policies that back responsible businesses.”

“We can create jobs and protect the environment by investing in new, green technologies but we need imaginative new policies and strong political leadership.

“The Prime Minister should not be putting Britain’s chances for an economic recovery in jeopardy by insisting on an arbitrary Brexit transition deadline and risking a devastating no deal Brexit,” said Ed Davey.

Thankfully, the Welsh Government has been more cautious with proposals to lift the lockdown and we have seen the R rate drop from 0.8 to 0.7. In England, we have seen this week that non-essential shops have been able to reopen, but figures also show that the R rate is increasing towards 1. If it goes back above 1, we could see the start of the 2nd wave, or will it be the continuation of the 1st wave?

From the start of the negotiations with the EU, the Boris and the Tories have said that it would be easy to get a good deal and that the EU needed us more than we needed them. We have seen regular comments from Government Ministers that the EU must cave into the Tory Government demands or they will walk away and we will leave the transition period on 31st December 2020 with no deal.

We are hearing some noises that the Government are talking up the possibility of a deal being reached, but after over 4 years of hearing from Boris & Co, it is very difficult for us to tell whether this is true or yet another lie.

With the havoc to the UK economy that we have seen since the lockdown commenced in March, surely the Government is not going to walk away without a deal with the EU?

Dame Carolyn Fairbairn, the CBI boss has said that walking away from trade talks without a deal would be “catastrophic” for business and would act as a building block to rebuilding the economy. Business would have no time to prepare for a no deal scenario on top of the devastating effect they have encountered from the coronavirus crisis. Dame Carolyn likened a no deal scenario to “setting fire to the garden shed” when the house is in flames.

If you have any comments, please contact me by email at [email protected]

The last few months since the lockdown has been hard for everyone, and it looks as if it could continue for a while, yet.

Newly released figures show that 8.9 million jobs have been furloughed and 2.6 million claims have been submitted to the Self-Employment Income Support Scheme. Acting Leader of the Liberal Democrats, Ed Davey has said "The furlough scheme and income support for self employed people, which the Liberal Democrats fought hard to get, are providing a lifeline for millions of families".

Ed Davey continued “However, far too many people are still excluded from this support, including those who recently became self-employed and those who operate as limited companies. The Chancellor must expand the Self-Employment Income Support Scheme to cover these people".

“The Government must not leave behind people and businesses without the support they need when these schemes come to an end. Many parts of our economy, such as tourism and hospitality, will simply not be back up to speed by October". Said Ed.

“The Government must bring forward bespoke packages of support for these industries to save jobs and prevent mass unemployment.” Added Ed Davey.

As Chair of Pembrokeshire Liberal Democrats, I appreciate that Pembrokeshire has a high reliance on small businesses and the self employed and as a county, we rely on the tourism industry. We have watched the UK government lift the lockdown guidelines, unlike the more cautious reaction by the Welsh Government, under Mark Drakeford. We have all seen the TV news footage of the beaches at Bournemouth and Southend being packed and social distancing being almost impossible to observe. We have also seen the huge turnouts for the Black Lives Matter protest marches.

In comparison, we have seen our beaches almost empty and the Dyfed Powys Police turning back cars and its occupants, who have driven a long distance to see places like Tenby and Abereiddy.

Pembrokeshire, being at the far west of Wales has in some ways protected us from the worst of the coronavirus pandemic. The number of confirmed cases and deaths has so far, been lower than other parts of Wales. But as it is an invisible enemy, we cannot see it, so we always have to be on our guard.

However, it is in the summer months that the county's tourist attractions, hotels, B & B's, self accommodation, tourist shops and eating establishments make their money, to see them through the quiet winter months ahead. Unfortunately, some businesses and self employed don't qualify for the established schemes. We therefore support those calls upon the Government to do more to help those who fall through the net. We would like to see those businesses to survive and be there once Pembrokeshire is open once again, to welcome visitors.

Protest Against Suspension of Parliament

In conjunction with Pembrokeshire for Europe we are organising a protest against the Suspension of Parliament by Prime Minister Johnson.

Come along and bring family, friends and work colleagues with you! Also why not bring along a placard with a suitable message for Johnson and his henchmen about their undemocratic and outrageous actions.

As this is short notice please advertise this protest on your social media, and with any local press contacts you may have - and in any other way you can think of!

Last weekend the Sunday Times printed details of a leaked civil service document (“Operation Yellowhammer”) on Britain's readiness to leave the European Union on 31 October without a deal.

The report is alarming:-

We can also conclude that the ferry ports at Fishguard and Pembroke Dock will be affected by these issues.

The government claim that they have made a lot of progress since this report in preparing "No Deal" Where is their evidence?

No-one voted to crash out of the EU without a deal. The Prime Minister has no mandate for this and 100 MPs have asked for an early recall of Parliament. MPs need to stop the
Prime Minister before it is too late.